What is augmented reality (AR)?

What is augmented reality and how can it be used?

Augmented reality is the result of using technology to superimpose Information - sounds, images and text - over the world we see. Imagine the well-known movies "Minority Report" or "Iron Man"; with AR glasses you put a digital layer over the real, physical world.

Augmented reality is often presented as a kind of futuristic technology, but some form of it has been around for years. For example, the heads-up displays in many combat aircraft would show Information about the attitude, direction and speed of the aircraft as early as the 1990s - and only a few years later they could show which objects in the field of view were being targeted. .

Over the past decade, various labs and companies have built devices that give us augmented reality. In 2009, the Fluid Interfaces Group of the MIT Media Lab SixthSense presented a device that combined the use of a camera, a small projector, a smartphone and a mirror. The device hangs from the user's chest with a cord around the neck. Four sensor devices on the user's fingers could be used to manipulate the images projected by SixthSense. 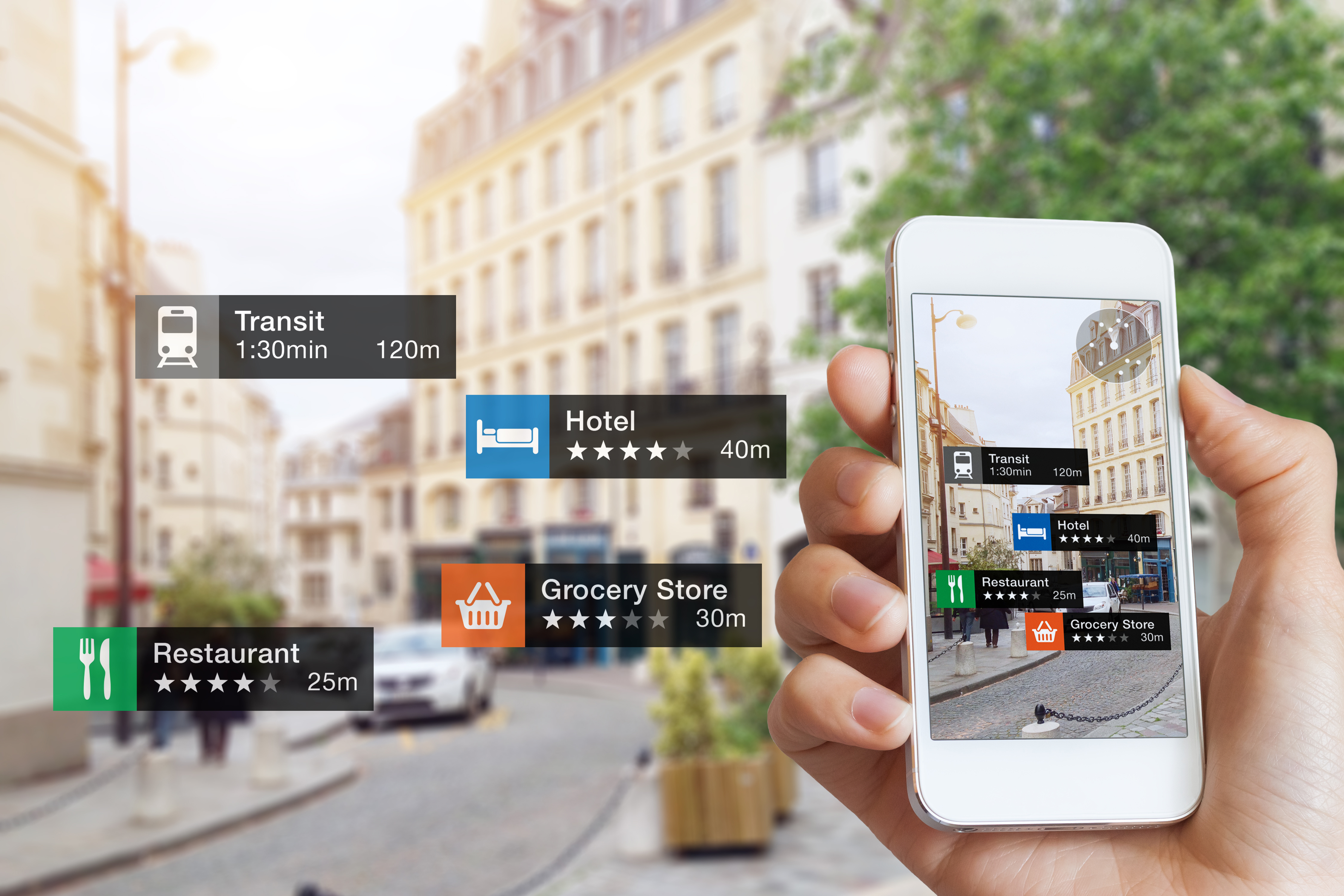 Google introduced Google Glass in 2013, bringing augmented reality to a more portable interface; a headset the size of glasses. It is displayed on the user's glasses via a small projector and responds to voice commands, displaying images, videos and sounds on the screen. Google discontinued the production of Google Glass at the end of December 2015.

At the moment, phones and tablets seem to be the future of AR. For example, with Vito Technology's Star Walk app, a user can point the camera in their tablet or phone at the sky and see the names of stars and planets superimposed on the image. Another app called Layar uses the built-in GPS of the smartphone and the camera to collect Information about the user's environment. It then displays Information about nearby restaurants, shops, and attractions.

Some apps for tablets and phones also work with other objects. Disney Research has developed an AR coloring book, in which you color a character in a book and start the app on the device. The app can access and use the camera to detect which character you are coloring, and use software to recreate the drawn character in a 3D on-screen avatar.

One of the most popular ways that AR is used in everyday life is through mobile games. In 2016, the AR game "Pokémon Go" became a sensation worldwide, with more than 100 million estimated users at its peak. According to Forbes, it ended up making more than $ 2 billion. The game allowed users to watch Pokémon characters bounce around their own city. The goal was to catch the Pokemons and then use them to battle others locally in AR gyms. A very nice side effect of this game - and also a nice development in the gaming landscape, is that many young people suddenly went out and walked miles to catch that one Pokemon.

In 2018, "Harry Potter: Hogwarts Mystery" became the mobile AR gaming sensation. The game lets users see the Hogwarts world around them, while having the ability to cast spells, use potions and learn from Hogwarts teachers. The game already has several million downloads on the Google Play Store.

Researchers are also developing holograms that could take VR a step further, as holograms can be seen and heard by a multitude of people at once.

“While holography research plays an important role in the development of futuristic displays and augmented reality devices, today we are working on many other applications, such as ultra-thin and lightweight optical devices for cameras and satellites.” - Lei Wang, ANU Research School of Physics and Engineering.

The future of augmented reality

This does not mean that phones and tablets are the only option for AR. Research continues to include AR functionality in contact lenses and other wearable devices. The ultimate goal of augmented reality is to create easy and natural immersion that really adds to day-to-day use. Major brands such as Apple, Microsoft and Huawei are already fully engaged in the development of AR glasses. At the moment, the Microsoft Hololens 2 is the most advanced and widely used AR glasses.

View all our AR glasses here!